Walmart Remains the Underdog in the Future of Retailing

While you ponder why America’s largest bricks and mortar retailer is still selling old style black cassette recorders, consider this pic a visual metaphor for the uphill battle the Arkansas-based company faces as it battles with Amazon.

I needed to pick up a bluetooth speaker for work yesterday over lunch. My first stop was to our North 27th Street Radio Shack. They were going out of business and I thought I might find a bargain. Too late. After two earlier going-out-of-business sales, the doors were being locked as I pulled into my parking space at the strip mall … this time for the last time.

Undaunted, I headed to the nearby Walmart. I should have just ordered on Amazon Prime, but I wanted to hear my future office speaker and get a sense of how big it was.  I quickly found one that was a little more than I’d hoped to spend, so I decided to check Amazon and found it $30 cheaper.

“Can we do a price match?” I asked the clerk. “Not with Amazon Prime because it is a membership club,” the clerk replied.

After reading story after story about how Walmart was gearing up to challenge Amazon, I couldn’t help but have a little fun with the clerk. “A membership club like Sam’s Club?” an unabashed reference to Walmart’s sister store next door.

At this point, the clerk took pity on me and in a whisper said: “Check the price on Walmart.com. It’s probably lower and we can match it there.”

Sure enough, the Dot.Com prices were the same for both retailers. I could save $30 and have my speaker the same day.

The story should have ended there, but that’s where it really begins.

You see to get my discount, they had to find an MC-40 to scan it with. Seeing it on my phone wouldn’t work. There were five employees in the immediate area. No one was trusted with the MC-40, one of those magical inventory scanner things that is just a tad smaller than a handheld monster truck.

Five minutes gone. “No problem,” the clerk told me. They could look it up from the register and have a manager approve it, but it would probably take some time. 15 minutes went by.

As we waited, the 5 employees continued to hover, complaining that Walmart was doing so many online acquisitions they couldn’t keep up with the changes any more. “Some of them work and some of them don’t, but they are getting better,” said a female clerk. She then choked up and said she expected to be out of a job in the next few years.

“Five years from now, this will be a distribution center on the edge of town and you will pick out everything online. It will be delivered or you might still be able to pick it up. But shopping and walking up and down the aisles will be a thing of the past. Most of us will lose our jobs.”

I’m not sure I believed it, but she did. Another five minutes gone, I asked them to call for a manager again. A few minutes later, an assistant manager happened by. “Can you approve this,” I asked hopefully.

“They don’t trust me with keys … and I’m glad, I don’t want that kind of power!” she replied. “Let me see if I can get a real manager for you.” Apparently that is part of the job description for an assistant manager at Walmart.

Six employees hovering. Still no sale. Another 10 minutes gone. And then, as I was pulling out my phone and getting ready to hit a single button to place my order on Prime, a new manager appeared. Seven employees hovering. Surely the haggard young manager with way too many bags under her eyes for her age could get me back to work.

“I’m sorry, this register doesn’t work,” came the unapologetic reply from the yellow smock. “We’ll have to open a new one.”

Another 5 minutes went by. Forget Amazon. At this point, it was a test of wills. Second register now open. I pulled out my Paypal Master Card.

“Let me enter the number in manually,” was the meek reply.

It was then that the screen on the card scanner decided to get into the act:
“Debit transaction not available. Transaction cancelled.”

The soon-to-be-unemployed clerk jumped in to help the manager: “When you key in a card number, you have to do it as credit,” she offered. Another five minutes gone as the sale was re-rung, price match approved and the magic was done. Lunch break screwed, but at least the sale was consummated.

Show over, the seven dwarfs exchanged small talk and then began to disperse.

So I leave it to you. Outdated technology, culture, business practices and management structure. Silly acquisitions being made while basic customer service and infrastructure are ignored. Few employees empowered to do much of anything. Expensive real estate that would be better sold off and a bare-bones facility moved to cheaper land outside the city limits.

Truthfully, it sounds very much like the newspaper industry I left in 2002. By the way, in case you missed it, newspapers aren’t exactly thriving right now. 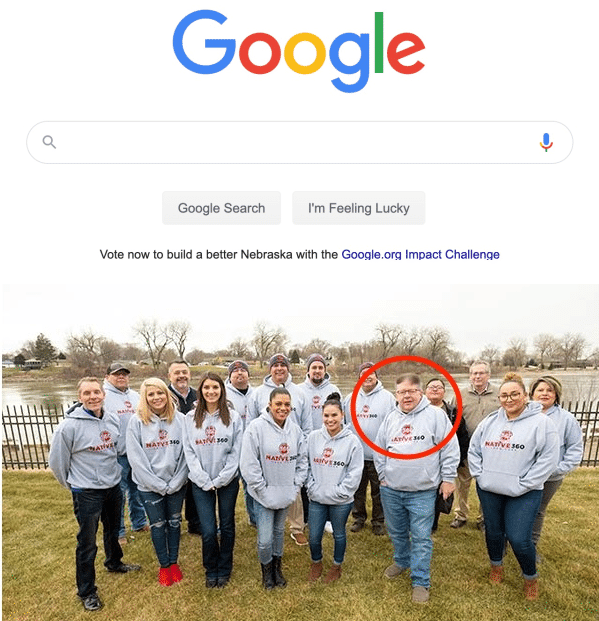 But Couldn’t They Have Used My Skinny Picture?